Playparks around the city are set to get a revamp as part of a £1.3 million refurbishment.

Consultations have now started which will give the public the chance to have their say on equipment to be installed in playparks across Aberdeen.

Aberdeen City Council agreed to spend the £1.3m refurbishing parks around the city in 2017/18 at the communities, housing and infrastructure committee in May, where it was decided that community consultation was required on the final design of each of the larger play areas.

Westfield Park, Stewart Park and Hilton Community Centre, as well the play areas on Portal Terrace, Devenick Place, The Meadows and Colthill Road will all have equipment upgrades as part of the programme.

Some of the ideas out to tender include pirate ships, swings, seesaws, wheelchair-accessible roundabouts and jungle gyms, with some companies involved in the plans opting for a higher quantity of equipment and others preferring to focus on fewer but larger pieces.

As well as the public consultations, the plans will be shown at some of the schools in each area so youngsters using the parks will be able to have their say on the different playground apparatus.

Their opinions will then be considered when it comes to making the final decision on the equipment.

“It’s fantastic these communities are to have new playground equipment and I’m sure the local children will be very excited to see the plans and then work starting at a later date. I’d encourage people to go along to the sessions to find out the different options for refurbishing each of the play areas.”

On Thursday a consultation will be held between 9am and 12.30pm at The Meadows Community Centre for both The Meadows and Colthill Road play areas in Milltimber, with 10 different designs on show for the public to decide on their favourite.

The refurbishments are part of a rolling programme, which has taken place over the past several years, and also includes an annual play equipment audit.

The total allocated includes £450,000 in capital funding and an additional £826,000 revenue funding, with playparks selected on a priority basis.

Consultation events have already been held at Bridge of Don Library for Westfield Park and at Hilton Community Centre for Stewart Park and the Hilton play area.

The sessions were attended by around 50 people, who were able to choose which design they preferred.

For Westfield Park, an important aspect of the equipment proposals was to ensure minimum requirements were met to make sure any new play facilities were accessible for a range of ages and abilities, including equipment able to be used by children with disabilities.

The play equipment in these areas has been removed over the course of the past few months in order for new kit to be installed later in the year. 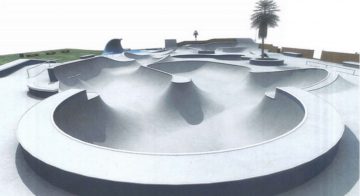 Friday 6th October 2017- By Mike Smallcombe Newquay Town Council is looking to replace the existing Wooden Waves skate park at Trenance Park with a new concrete facility, which it says will be “one of the best skate parks in Europe” Work on a new “world-class” £650,000 concrete skate park in Newquay is set to get under... Read more »
Read more

23rd September 2016 –  Green spaces throughout Renfrewshire are set to be benefit from a bumper new investment. Renfrewshire Council has earmarked £2.25million to be ploughed into town and village parks across the region. Local authority bosses have pledged to put communities at the heart of any planned developments in their local areas. And there... Read more »
Read more
View all articles