19th April 2017 – Research undertaken by the API has uncovered the extent to which local authorities across the country have been closing children’s playgrounds. The API have been promoting this agenda very strongly on social media, including the ‘Nowhere2play’ campaign.

“With increasing childhood obesity and the health benefits of activity and play well known, now is not the time for community playgrounds to be closing. This action goes against the Government’s clear intention to get children more active and needs to be stopped as quickly as possible. Our survey revealed a 37% cut in Government funding to local authorities.”

Their report published today, ‘Nowhere to Play’, shows that £100 million could reverse the decline and get us back on track to increase the number of playgrounds available to children across the country. We are also realistic in realising in this period of austerity that direct government support may simply not be available and therefore urge the government to support the reinstatement of funding from the Big Lottery.

“We know that money is tight for councils across the country, but we can’t just stand by and watch as children’s playgrounds close. We are calling on the Government to halt this decline and invest in the next wave of playgrounds to ensure our children have access to free play and activity,” 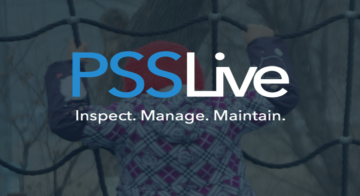 6th April 2017 – 3 million Inspections have now been recorded using PSSLive, the Inspection Management Software developed by PSS. This incredible milestone was recorded with an Inspection by Steve Brown at Derbyshire Dales District Council.   The Council are relatively new to PSSLive, having adopted the system in April 2016 after a review of their existing systems.... Read more »
Read more

30th November 2016 –  More than 13,000 people have shared their views and experiences of UK parks as part of the parliamentary parks inquiry. Results of the survey by the House of Commons Communities and Local Government Committee found almost 90 per cent of respondees visit parks at least once a week, with almost half... Read more »
Read more
View all articles