The incredible Inflata Nation will open next month in Trafford Park, Greater Manchester, replacing one of the city’s trampoline parks

Fans of Total Wipeout and Gladiators, listen up.

An inflatable theme park is coming to Manchester, and it’ll be the perfect opportunity to recreate the iconic 90s TV programmes.

Inflata Nation is to open next month in Trafford Park, Greater Manchester, replacing one of the city’s trampoline parks.

Jump Nation, the trampoline park which opened in 2014, will close its doors on October 9 to make way for the UK’s first permanent indoor inflatable theme park.

Billed as the ‘next generation of leisure attractions’, it will feature The Inflata – two extreme drop slides, one straight and one curved – Total Wipeout style giant bouncing balls, Inflata Drop – a giant slide into the UK’s largest ball pool, a gladiator podium with battle sticks and loads more.

There’ll be a dedicated under six arena too, which includes its own slide and ball pool, and the venue will carry on offering exercise classes, the details of which have yet to be announced.

Jump Nation was the first trampoline park in Greater Manchester when it opened in 2014.

Inspired by trampoline parks in the U.S., founders Michelle and Matthew Ball found a gap in the UK market and were keen to develop a similar concept on their home turf.

The success of the venture led to more Jump Nations opening up in locations including Birmingham and Runcorn.

With the huge number of trampoline parks now sited across the region, they’re hoping to pull in families eager to try something new. 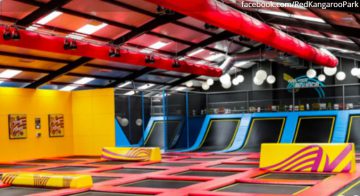 One the UK’s largest Trampoline parks, is opening in Bulwell at a cost of £1.8M

25th May 2017 One of the UK’s largest trampoline parks, featuring more than 130 trampolines, is to open this summer at a cost of £1.8m. For the past three months, work has been underway to create the latest Red Kangaroo Trampoline Park at a 38,000 sq ft warehouse at the Blenheim Industrial Estate near Bulwell.... Read more »
Read more 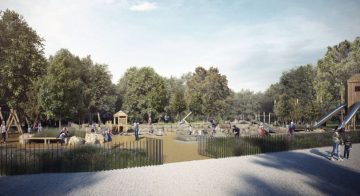 PECKHAM RYE PARK’S NEW PLAYGROUND WILL OPEN IN THE SPRING

Friday 22nd September 2017 Construction was delayed after asbestos contamination was found Peckham Rye Park’s new play ground is due for completion in spring 2018, writes Kate Graham-Shaw. The new area will incorporate a water-play zone, as well as a sand pit complete with little diggers. The project, set to finish in spring 2018, will... Read more »
Read more 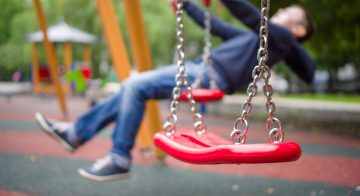