National charity Fields in Trust has launched a campaign to find the UK’s best park, and nominations are open now.

This annual award is open to all public green spaces across the UK through a simple online nomination.

A spokesman for the campaign said: ‘It might be that your local park is great for a Sunday afternoon stroll; your neighbourhood playground is a hive of activity for children; or a nature reserve provides a stress-free space to relax.

‘This is your chance to help your favourite space gain the recognition it deserves.

‘Last year eight of the 214 parks nominated were from Devon. The overall winner was Rouken Glen Park in East Renfrewshire, which topped the poll when the public votes were counted. Could a park in Devon win in 2017?’

“I’m delighted to be hosting this year’s Fields in Trust awards and can’t wait to hear stories of the fantastic work being done on green spaces across the UK.’

New research from Fields in Trust shows a direct and statistically significant link between publicly accessible parks and green spaces and health and wellbeing.

The charity has established a link between an individual’s use of parks and green spaces and an improvement in health and wellbeing.

‘This results in a recommended ‘dosage’ for parks and green space. If it’s ‘five a day’ for fruit and veg, then it’s ‘once a week’ for parks.’

Fields in Trust Chief Executive Helen Griffiths said: ‘Our awards help recognise the role our local parks play in our neighbourhoods, bringing people together and creating a safe outdoor environment that should be available to everyone. We want to celebrate all the much-loved green spaces and invite all park users to vote for their favourite.’

The best park award is one of ten categories that together form the sixth annual Fields in Trust awards.

Nominators submit a short 50-word description explaining why the space should be considered as UK’s best. Nominations close at 5pm on Friday October 13.

Public voting opens for nominated parks on October 14. The park with the most votes in each of England, Wales, Scotland and Northern Ireland will be shortlisted. Their nominators will be invited to attend the prestigious Fields in Trust Awards on November 29, at Lord’s Cricket Ground in London, where the UK’s Best Park 2017 will be named.

1st August 2017- By Goolistan Cooper Hammersmith and Fulham now boasts 13 world-class green spaces after an additional two parks were awarded Green Flag status. Furnivall Gardens and Wormholt Park were added to a list of 11 in the borough which have been judged to meet Keep Britain Tidy’s strict criteria for the best parks in... Read more »
Read more

Friday 16th June 2017 Based just down the road from our Leamington Spa Head office, St Nicholas Park has been commented on as “One of the best parks in the UK”  according to TripAdvisor reviews. I live near Warwick and have been to St Nicholas park many, many times. It borders the River Avon giving it... Read more »
Read more 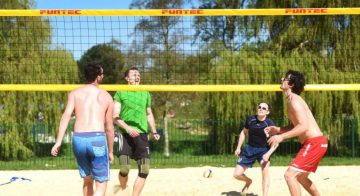 Six Oxford parks ‘some of the very best in the world’

14th August 2017 SIX of the city’s parks and green spaces have been recognised as among the very best in the world. Blackbird Leys Park, Bury Knowle Park, Cutteslowe and Sunnymead Park, Florence Park, Hinksey Park, and St Sepulchre’s Cemetery in Oxford are among 1,797 spaces in the UK that will receive a Green Flag... Read more »
Read more
View all articles