Three Bath parks have been recognised by the international Green Flag scheme as some of the best green spaces in the world.

“We know how much quality green spaces matter to residents and visitors, and this award celebrates the dedication that goes into maintaining all our winners to such a high standard.”

The international award, which is now in its third decade, is a benchmark national standard for publicly accessible parks and green spaces in the UK.

It a sign to the public that the space boasts the highest possible environmental standards, is beautifully maintained and has excellent visitor status.

Keynsham Memorial Park was also chosen to be granted Green Flag status, which ensures that everybody has access to quality green spaces, irrespective of where they live.

“Keynsham Memorial Park and Royal Victoria Park are both destination parks that have won their Green Flags many times before and we are proud that, once again, the standard of these parks has been acknowledged by external judges.”

“For Bloomfield Green, this is their second year of recognition in the City Green category. For Henrietta Park, this was their first year of application and both awards show how a dedicated Friends Group working with the council has helped to fulfil more community expectations and to raise the standard of each green space,” added Mr Veal.

“We are delighted to be celebrating another record-breaking year for the Green Flag Award scheme.”

“Each flag is a celebration of the thousands of staff and volunteers who work tirelessly to maintain the high standards demanded by the Green Flag Award. The success of the scheme, especially in these challenging times, demonstrates just how much parks matter to people.”

Friday 16th June 2017 Based just down the road from our Leamington Spa Head office, St Nicholas Park has been commented on as “One of the best parks in the UK”  according to TripAdvisor reviews. I live near Warwick and have been to St Nicholas park many, many times. It borders the River Avon giving it... Read more »
Read more 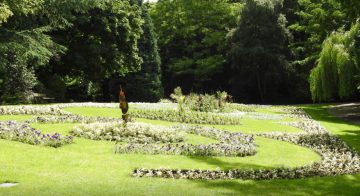 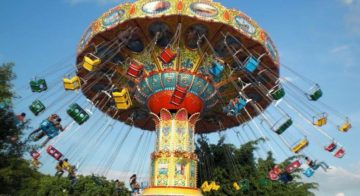 Northant Wicksteed Park to benefit from £2m of Lottery funding

13th July 2017 – ITV Report Wicksteed Park near Kettering is to benefit from just under £2 million of Lottery funding to help protect its heritage. The money will go towards restoring the park’s pavilion as well as creating a heritage play area and new sculpture trail. The intention of the ‘Play project’ is to... Read more »
Read more
View all articles